Caught, which was a finalist for the Scotiabank Giller Prize in 2013, is set in 1978 and follows a young man who was caught smuggling drugs to Newfoundland. After spending five years in prison, he breaks out in order to do one last drug run in a futile attempt to shake off his past and set himself up for life. Slaney embarks on a cross-country adventure filled with fascinating characters and close calls.

While the Gunslingers warehouse preps shipment of Nomis’s”small town America” police wardrobe and props solution, the Gunslingers Armourers have been dispatched to Winnipeg, Manitoba to oversee the productions gun wrangling and firearm effects.

Nomis is the story of an American police force who trap an online predator, only to realize the depth of his crimes goes far beyond anything they had anticipated. Production has begun in Winnipeg, Canada.

Cavill is best known for his role as Superman and has just come off Warner Bros’ Justice League, which is out in November.

Kingsley recently starred alongside Brad Pitt in the Netflix drama War Machine, as well as Fortitude’s film Backstabbing For Beginners.

Gunslingers has been in meetings recently with NBC’s production teams regarding their latest Pilot “The Machine”.

This sci-fi action drama takes place in the future, after the discovery of true artificial intelligence. Stuck in a cold war with China, military scientists are searching for a way to heal soldiers who suffered brain damage in battle, which eventually leads to breakthroughs in technology that allow the first true AI to be born. The Machine explores the epic conflict between man and technology through the lives and motivations of six interwoven characters – each of whom holds the key to humanity’s victory or its destruction.

Sienna Films has brought Gunslingers on board to complete the Police and Crime Scene solutions for their 6 part mini-series Cardinal, filming in Sudbury, Ontario.

NBC/Universal Pictures has gone to camera with their exciting new crime drama series, Eyewitness. Gunslingers has provided the DEA & FBI solutions for all 10 of their episodes.

American Gods has brought Gunslingers to the table to complete the Paramedic requirements for their newest 10 part series. The plot posits a war brewing between old and new gods: the traditional gods of biblical and mythological roots from around the world steadily losing believers to an upstart pantheon of gods reflecting society’s modern love of money, technology, media, celebrity and drugs.

History Channel has brought Gunslingers to set, completing their Paramedic Solution for their amazing series “Gangland Undercover”.
A gritty fact based drama series that tells the astonishing story of a drug dealer who was arrested then given a desperate ultimatum: serve over 20 years in jail, or go undercover inside one of America’s most notorious biker gangs.

Conviction has brought Gunslingers to the table to complete the NYPD requirements for their 12 part series. “Conviction”, a new legal drama from Dick Wolf (‘Law & Order’-brand series), focuses on young assistant district attorneys in New York as they struggle with a demanding case load that challenges their lack of experience. Although this is not a spin-off of any “Law & Order” show, this show still takes place in that universe, proven by Stephanie March returning as ADA Bureau Chief Cabot from “Law & Order: SVU”.
Gunslingers will be providing the Law Enforcement and Forensic Solutions for this sure to be loved, new hit series!

Gunslingers is proud to announce that ABC’s Conviction has acquired Gunslingers Director, Seth Rossman as the show’s Crime Scene Specialist. A large portion of each episode revolves around the crime scene specifics of the cases involved and ABC has brought Seth on to oversee the show’s crime scenes, CSI teams and the use of the evidence involved during the filming of the first season. Watch for this amazing new series, coming Fall of 2016.

Gunslingers is proud to announce that CBS’s Ransom has brought Gunslingers onboard to handle their on screen Paramedic Solution. Ransom is inspired by the professional experiences of crisis negotiator Laurent Combalbert who with his partner, Marwan Mery, are among the top negotiators in the world. Together, they travel around the globe to help multinational corporations and governmental agencies with complex negotiations and conflict resolution.

Gunslingers has delivered Private Eyes their Paramedic Wardrobe Solution, adding yet another blockbuster show to the Gunslingers Roster. The original crime-solving series Private Eyes is a 10-episode procedural drama that follows ex-pro hockey player Matt Shade (Jason Priestley) who irrevocably changes his life when he decides to team up with fierce P.I. Angie Everett (Cindy Sampson) to form an unlikely investigative powerhouse.

American Gods has contracted Gunslingers to provide them with over 30 different firearms for the filming of their next episode. American Gods plot revolves around a recently released ex-convict named Shadow who meets a mysterious man who calls himself “Wednesday” and who knows more than he first seems to about Shadow’s life and his past.

Spike TV’s adaptation of Stephen King’s “The Mist” has contracted Gunslingers to provide them with their large scale BioHazard Team Solution. The Mist tells the story of a foreboding mist that arrives in one small town ushering in a terrifying new reality for its residents, putting their humanity to the test. What will people do to survive when blinded by fear?

ABC’s “Designated Survivor” has contracted Gunslingers to provide them with some of their prison set decorations.
As a lower-level cabinet member, Tom Kirkman never imagined something would happen that would catapult him to the oval office. When a devastating attack on the night of the State of the Union address claims the lives of the president and most of the Cabinet, the Housing and Urban Development secretary — who was named the designated survivor in case of such an event — finds himself promoted to leader of the free world. Suddenly thrust into his new position of power, Kirkman struggles to keep the country from dissolving into chaos and must adjust to his new normal, unaware of what fresh horrors may await the United States.

Corus Entertainment & History Channel have brought Gunslingers on-board to assist with their military consulting requirements for some of the advertising and promotional material of the new eight-episode series, “Six”.
The first season follows members of Navy SEAL Team Six, modern American warriors, whose covert mission to eliminate a Taliban leader in Afghanistan goes awry when they uncover a U.S. citizen working with terrorists. Inspired by real missions, the series authentically captures the inside world of America’s elite Special Operations unit – what these SEALs do, their personal lives, combat and the life-and-death decisions they make to protect and serve their country.

Universal Cable Productions “Impulse” has contracted Gunslingers to provide them with Special Skilled Paramedics for use in their new television Pilot. Based on the third novel in the Jumper series by Steven Gould, IMPULSE features a rebellious 16-year-old girl who has always felt different from her peers and has longed to escape from her seemingly quaint small town. When a local drug dealer attempts to assault her, she discovers she has the extraordinary ability to teleport. This newfound power confirms her conviction that she really was different from everybody else, but it now makes her the focus of those who want to control her. 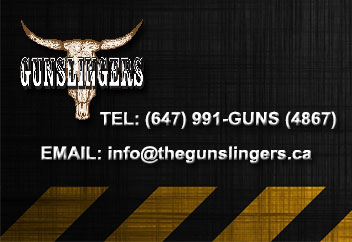 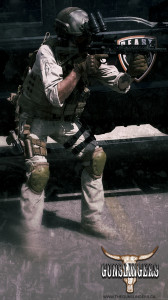